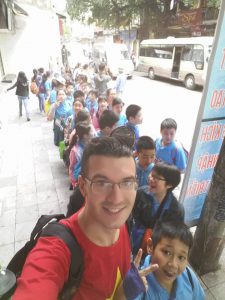 Coming to Vietnam was not the usual well thought out and planned decision that I usually make. For me, coming to Vietnam was a bit scary. The country is officially a socialist government with vague laws, well know corruption, and harsh punishments. My knowledge about the history of the country was next to nothing, except of course the Vietnamese-American war, and I had no interest in learning about it. The food of Vietnam is well- known all over the world for being tasty and very healthy but I was just coming from Italy (which is arguably the best food in the world). I didn’t feel that Vietnam had anything so new to show me that it was worth my time and energy to visit.  I was well on my way to skipping over a visit to this country but a dear friend of mine already living here convinced me that it was best to try something new.

I had already moved from small town America to Europe and travelled all over the EU. By the time I was considering any asian countries I had already dealt with many language barriers. From the strong stern personalities of Germany to “la bella vita” in Italy, I had my time of not being able to speak in my native language to anyone. Most of my time travelling I was in the small villages in the country sides. I had already been thrusted into new cultures, many times before. However, a common element always ensured that some type of communication would progress. At the beginning of my time in Europe, I had a really hard time not speaking, but instead of using body language to express an idea. This became easier with time. I quickly started to pick up the phrases I needed and was able to speak with people again, albeit in a new language. Even when I said a sentence or word wrong most people were able to understand and little confusion was had. Speaking the local language always made day-to-day life so much easier.

This was the first harsh reality that hit me in Vietnam. As soon as I got off the plane, I was rushed into the line waiting for a stamp. When it was my turn,  I was greeted warmly by a small beautiful Vietnamese officer.  She spoke to me in Vietnamese then repeated herself in English. The only problem was that I could understand what she was saying. Quickly I dismissed what she said to me as needless.  I handed over all my paper work and the cash I had ready  but she looked at me very perplexed. Then she spoke very slowly and in an almost inaudible volume  “how you”. “How do I what” is all I could say back to her in a less than polite tone.  She then started to spin her hands in the same fashion you’d shake your drink before drinking it. “Hom” is what I heard her say while doing this crazy hand movement.  “HOW YOU” came again and I relized she was being friendly and asking  how I was. This made me smile very big and I told her that I was fine but a bit tired from travelling and very hungry.  She took my papers without saying anything else and she looked down at them. Never looking back at me. She did all the stamps and other procedures and then pointed to another line I needed to go to but she used her whole arm to point and placed her free hand on the elbow of her pointed arm. As I stood in the second line waiting to have my passport checked I thought how odd it was for her to point to this line with her whole upper body. My thoughts quickly then went to what could this hand twisting movement thing mean.  Fast forward and im checking into my hotel for my first few nights in Vietnam. As I check in I ask the receptionist about places to eat and the usual tourist questions but she doesn’t look at me and she didn’t say anything. She just gave me the same twisty hand movement. I get my keys, drop my things off in the room, and head out to find food. This wraps up the story of my first night in Hanoi and brings me to my first point. Communication is just different here.  The smallest things can be totally taken for granted. More likely than not, most western countries say yes with an up and down movement of our heads and no with a side-to-side. Or we guesture for someone to come closer by holding the palm facing up and curling the fingers toward the body and we signal for someone to go away by holding the palm down and swinging wrist. Both are pretty basic body language to us but they simply do not mean the same thing here. The twisty hand movement thing means no and to signal for someone to come closer you simply have to use the “go away” geusture. These things take some time to get used to.  You’ll run into a few miscommunications but remember that what seems common to you doesn’t always work in Hanoi. Be ready to communicate in a new way, not just a new language. Here some photos with many Strange food. 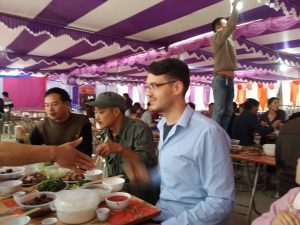 After communicating, I believe that your surroundings will best dictate the way you spend your time and what activites youll do. Each district of Hanoi hass something unique to offer. Some things are subtile and might be overlooked by many but I think it would be wise to think about where you’d like to stay. Do you like a busy night life with many options but prefer to sleep in silence? Then Ba Dinh is a good place to start. Would you rather have a full emersive vietnamese experience a bit further away from the city center? Then try Hai Ba Trung. Maybe you’d prefer to be in the company of other western travellers. Then set up camp in Tay Ho. Every district will offer some similar aminities but not all will have the same. The charm and feeling of this city never cease to amaze me but it is because of these distinct differences in all of the areas that lend to the over all personality of Hanoi. My advice is to go out and explore every area (or do some boring internet research) and consider what is most important to you to see and experience. Then you only need to find the company that you feel most comfortable with that can offer you what you’re looking for. I also suggest that you only work with independent landlords if you can speak to one of their past tenets as the “laws” concerning renters rights do not always apply here.  I’ve had my deposit stolen, my lock changed, and had many a yelling match with independent landlords that tried to change their words at the last minute to warp what they were saying or to get out of an agreement. To be honest, I had a landlord (whom lived next door and had eaten dinner with me MANY times) deny ever having met me as a way to wiggle out of giving me my deposit back. Although anything can happen, I suggest a housing company as it is much easier to hold them to a high standard and less common to have as many problems.

Finally, I found 22housing company through my friend. He showed me some rooms by facebook and arranged me to take a look Finally destination in my trip is house 151 lane 189 Hoang Hoa Tham. Such an amazing house, warmly welcoming by old tenants in the house. CHOOSING THIS ROOM COULDN’T TAKE ME LONG TIME. It’s very easy to book this and I had a receipt. On the day we promised, I moved there. On the first I stayed in small room, but after that I want to move to bigger one after old tenants gone, and they was easy to accept and give me “ a good price”. Still here since there, and any problems in house they come to fix asap without fee ( of course if it’s objective ). By the way, some mates sometimes make me annoy as they forgot to clean dishes, lock the gate, etc… but still good to me. 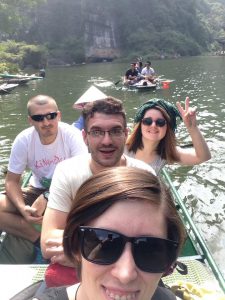 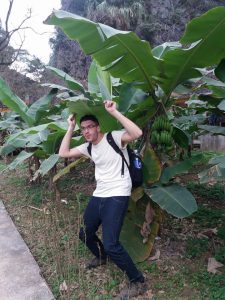 I can’t affirm 22housing is the best company which has services for rent but they are one of the best real estate company has room for rent in Hanoi with:

Care for your life

This is not advertisement post. That’s all my feeling and experience.

From the depth of heart, I want to say thanks to God, thanks for the lucky I have in many trips, and thanks to everyone give me a good place for staying in Hanoi.